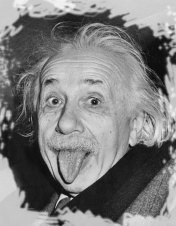 At the outset let me apologize to AE (Albert Einstein) because am not at all happy about the way time or should I say space-time(aren’t they related?? Yeah!! Relativity!) has completely taken over our lives. Space-time, because we are always trying to reach from point A to point B in the least possible time. Be it the office, a rendezvous point to meet the client, trying to go up the corporate ladder, trying to better our social status, you name it. We are completely overwhelmed by the clock and the deadlines. We are now lifelong hostages of the digits or the pointed hands in the clock.

I can hardly think of any activity over the weekdays that is not governed by time. And by the way AE, why does time travel faster on weekends?? Just when it seems that the weekend has started, you have the specter of a dark and gloomy Monday hovering over you. To me, time is a monster that has gone berserk, devouring everyone and everything in this universe.However, the moot question remains, does time really exist? Time to apologize to AE again since am taking a shot at deciphering time(minus the space)with my peanut sized intellect.

It is the difference between now and then, before and after, here and there. In other words, any change results in time. It could be change in the state of the object, change in its position, change in its size, change in colour or even change in the sound or noise level. This is my theory but there are some interesting theories about time.

A Theory : Introduced by the Scottish idealist and philosopher John McTaggart in 1908. According to this theory, the events can be ordered as past, present and future. They call it a “tensed” theory. This is what we have readily accepted about time. But hold on, there is another theory…

B Theory : Again introduced by John McTaggart in 1908. This theory subscribes to a “tenseless” concept of time. It does away with the concept of flow of time. In other words, the past, present and the future all exist at the same time. Now this is very interesting. What this effectively means is at this moment, I exist in a specific time slice in the

spacetime fabric (Sorry AE for trampling again on your spacetime fabric!) and that each time slice is connected to the next one forming what I understand as my lifetime. It is like a film being played out but who or how is it decided if it is being played forward or backwards? Isn’t it all relative? I can already feel AE glaring at me.

Dr.Bradford Skow, Associate Professor of Philosophy at the Massachusetts Institute of Technology (MIT) has proposed that space-time is like a “Block universe” where past, present and the future all exist together. He further elaborates that we are spread out in space-time in a “temporarily scattered” condition!!

If I were to take a look at my entire lifetime, I would need to transcend my existing reference time-frame and this is what I may see. My entire lifetime on something like a film strip.

Interestingly, in The Bhagwad Gita too there is a reference to the timelessness(Na Bhuto na Bhavishyati) of the spiritual soul. So if am that spiritual soul (no… don’t laugh), I was, I am and I will be or just, I continue to be..!!  See AE, it is even messing up the grammar.

Now if we go beyond the argument of the existence of time and observe its behavior, scientists have found that time behaves differently near the Earth and away from it. They have conducted experiments with two similar clocks, one placed near the ground and another placed few feet above the ground. The clock placed above ticked few billionth of a second faster than the one near the ground. As it turns out, time flows faster away from gravity.  This is also known as Time Dilation.

All objects in the universe warp space-time and thus affect gravity.

The heavier the object, greater is the warping of space-time. Hmm.. may be that is the reason why Elephants and Whales move slowly.

Time is also affected by motion. The faster you move, slower the time flow. They (scientists) actually sent an atomic clock on a plane around the world and when it came back, it was slower by about 230 nanoseconds. Now that’s not exactly a lot of time but if you do manage to travel somewhere near or equal to the speed of light and more importantly do manage to come back, you could possibly be enacting the scene in Interstellar where your daughter would be the age of your grandmother.

He claimed that events that appear simultaneous to a moving person may not occur simultaneous to a person standing still. So we may have individuals living in their own timelines or time cocoons. Could be the reason why some people appear more aged compared to their actual age than others.

Time stops outside of a black hole. A black hole is a point in space-time which is incredibly dense due to insane force of gravity. The gravity is so strong that even light bends towards it or if the source of light is inside the black hole, it may never come out.

Most interesting aspect of this “gravitational singularity” is that time stops. So if you were to observe Superman going into a black hole, first you would see him slowing down as he gets near the “event horizon” and as soon as he just crosses the event horizon, he would appear completely still! Forever! That’s because time stands still at the event horizon. However for Superman, time would pass in the exact normal way as it would on Krypton or on Earth.

It is pretty clear now that time is not such an innocent creature after all. Its behavior differs from place to place, person to person, speed to speed and last but not the least, it plays games with your brain. There are four very simple things you can do to escape its effects: 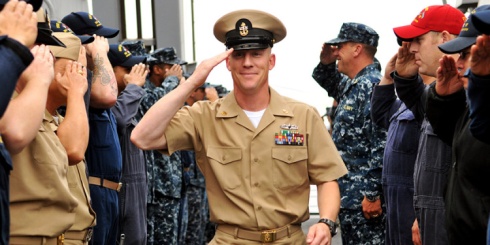