It is very natural and easy to get stuck in the normal and the mundane. We all go about our lives performing humdrum tasks having found our comfort zones. However some events in the world do stir up our curiosity, we read about it, discuss it and then quickly go back to our routines thinking that life goes on as per our preset conventional notions and beliefs.

The sudden evolution of modern man from the apes(yes there is a significant and unexplained gap), strange weather patterns, tsunamis, earthquakes, the Phoenix and the Hessdalen lights, the Bermuda triangle, UFO sightings, the Roswell crash, the great Northeast blackout in 1965 in US and parts of Canada, Nikola Tesla inventions, the Tunguska event in 1908, the Philadelphia experiment, AREA 51, Kapustin Yar(Russian equivalent of AREA 51), the cattle mutilations in Colorado, sudden and blinding advances in the microchip and digital technologies, list is endless, but we hardly care since these events do not directly shake our tree. But let us not be so naive to accept things as they seem. There is a hell lot more than meets the eye.

Check out Lloyd Pye Jr.’s YouTube talk on the evolution of the modern man or read about Nikola Tesla’s inventions and thoughts. Dig a little bit about the Phoenix and Hessdalen lights or the riveting tale of Flight 19 over the Bermuda Triangle. If you think, we are alone in this universe, take some time out to read about the Roswell crash or the cattle mutilations in Colorado. If you think, the elected Government in the US has complete control over the military or its programs, do a bit of research on AREA 51, military industrial complex and the Illuminati. While the aerospace industry, the software industry and the electronics industry has leapfrogged many years ahead, ever wondered why the rocket technology is still almost the same even after 50 +years, using the same old solid booster rocket technology?

If you Google or search YouTube about Anti Gravity and ElectroGravitics or Zero point energy, you would find that the conventional physics taught to us falls flat on its face and fails to explain how these exotic technologies work. Check out Stan Deyo’s(many people debunk him) lecture on YouTube about UFO technology, anti gravity and free energy. It is also disconcerting to know that a scientist like John Hutchison(does the Hutchison effect ring a bell?) is forced to live life in penury when the effect named after him could cause metals to jellyfy, levitate and deform. It is said that once he was the cynosure of the US and the Canadian militaries and allegedly invented the Hiroshima batteries capable of creating free energy. But like many earlier inventors of devices for free energy, who either died under mysterious circumstances, disappeared or were made to look like frauds, Hutchison was called the mad scientist. 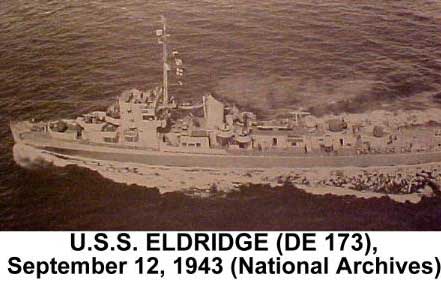 USS Eldridge was used in the Philadelphia experiment

Powerful governments across the world have black budgets to sponsor black projects and they are rarely acknowledged. It is said that the US department of defense cannot account for $2.6 trillion in transactions and yet such projects not only exist but flourish.Certain governments and elite scientific and establishments have been operating and continue to operate covert projects which are way too exotic and ahead of our times and are never acknowledged. Iron Mountain, Montauk Project, HAARP, Manhattan Project, Philadelphia experiment, Project Blue Book, Operation High Jump, to name a few, is like barely scratching the surface.

The truth is out there but it is lot darker than we can imagine!

2 thoughts on “Beyond The Obvious…”