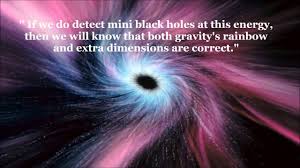 In the 1980s, when television made its debut in India, there was a series being telecast called Cosmos by Carl Sagan. For the uninitiated, Carl Sagan was an astronomer, cosmologist, astrophysicist, author and lot more. Those days, the series was telecast every Sunday. The celebrated astronomer would discuss and explain the intricacies of the solar system, milky way, galaxies, constellations, comets, asteroids and extra dimensions in his own inimitable style. Using groundbreaking special effects, models and simple language, he would make the most complex concepts appear simple even to a layman. I always had the fascination in the concept of dimensions, our existential dimension and the extra dimensions that are supposed to exist. No, am not doing any research or that kind of stuff (nor do I have that capability )but I have “googled” and “you tubed” a lot. References to these can be found in many scientific journals, in Vedanta and even in movies like Interstellar. Scientists still believe that black holes, stargates and wormholes are the gateways to other dimensions or universes. The String theory suggests that there are other parallel universes that co-exist with ours. Theoretically, that means, I could have multiple copies of me existing in other dimensions. Interesting…wonder if my copy in the other dimension is having a better life.

To get your feet wet, let us go back to Carl Sagan, when he explains the concept of a tesseract to drive home the point of extra dimensions. When we project a square, a two dimensional figure, perpendicular to its sides, we get a cube, a three dimensional figure. The third dimension being the height or depth. Similarly, projecting the cube to the fourth dimension, we get a tesseract. Our existence is limited or bound by the three dimensions. We cannot experience or see the fourth dimension. Here is the video that beautifully explains this concept. Carl Sagan uses an example of a two dimensional “flatland” that has only length and breadth but no height. The inhabitants do not know or experience the third dimension, height. So when a three dimensional entity enters this two dimensional world, it would be only seen as a cross section or some shape. Similarly, we are trapped in our three dimensional world or rather four , the fourth dimension being time. Upgrading to an additional or higher dimension does enhance the capabilities or insights or powers, if you may. For example, if a super entity, that exists in the fifth or sixth dimension, observes your life, it would appear as a tape with frames of you at different points of time. In a single instant that entity would see your past and future! That is the advantage of additional dimensions. It is believed that there are eleven dimensions! So in all probability, God may be an entity that exists in one of those higher dimensions. The question remains, how do we experience or go into other dimensions?  In our scriptures, it is said that Gods, saints and sages would travel to other worlds or “lokas”. Did they have special powers or deep understanding of portals to other worlds? May be they connected with other dimensions through meditation. Do the other dimensions really exist? Are there portals which lead us there?

Slowly but surely the line between fact and fiction is getting blurred. NASA has discovered portals in the Earth’s magnetic field that connect directly to the Sun’s magnetic field. NASA calls them X points that open and close randomly few times a day and open a path to the Sun’s magnetic field.  It is believed that our three dimensional universe, or at least the way we perceive it, is floating within a multidimensional universe. Imagine if we were able to travel to some other world or dimension through the stargates or wormholes. What if I landed a job in another world where life is much easy and simple. I might as well take my entire family over there and start a new life! Or maybe I could just go for a vacation in another world, spend a few days and come back. The only catch is, those few days should not equal few years on earth else, you can imagine the consequences! Another possibility, if I somehow manage to elevate myself to another dimension, I might get the ability to read other’s thoughts or foresee the future or influence events! The possibilities are endless.

We have just started to scratch the surface and who knows, one day time/interdimensional travel could become a reality and while quoting our address, in addition to the city, state and country fields we might have to add a “dimension” field!